At last, an electric heated sleeping bag that will keep you warm!

The ActionHeat sleeping bag is made with the best quality and safest heating technology and gives hours of cozy warmth.

It comes with a 9300mAh ActionHeat 5V Power Bank, which is extremely strong and long-lasting.

This power bank can charge your phone, tablet, or any other USB-charged gadget as well as power your bag. 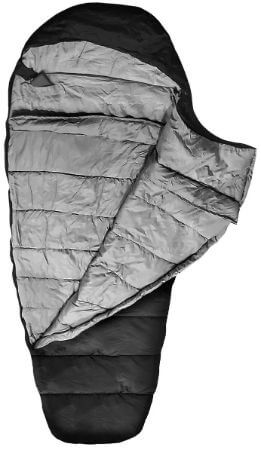 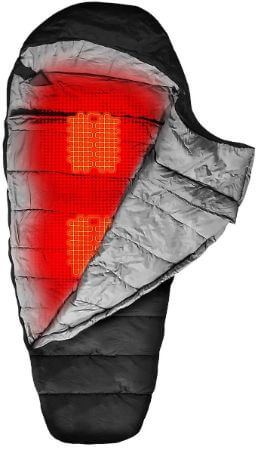 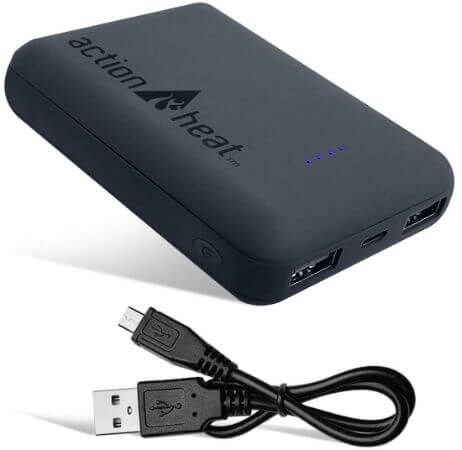 You will enjoy 6+ hours of comfortable warmth.

The battery life of the power bank is displayed by four LED power indicators.

When it comes to material contents, it made of breathable synthetic fill insulation and advanced heat-trapping insulation layer.

How to Use ActionHeat Electric Heated Sleeping Bag

Connect the power bank to the USB plug located in the pocket.

What they are, what they mean, why they’re there and why they may not mean what you think they mean.

If you have ever bought and/or shopped for a sleeping bag, you’ve probably noticed that in the name or description of the sleeping bag, there’s a number.

This number can range anywhere between 55 degrees Fahrenheit, down to negative 20 and even below.

This number is the temperature rating. Seems simple enough, right?

Going summer camping, you probably want a forty five-degree bag because you really don’t need as much insulation to keep your body warm at night.

And you might need a 15 degree bag for a cooler fall or winter nights when it gets down to, let’s say, 15 degrees.

It’s definitely not so simple.

Basically that temperature rating that first catches your eye in the name of the sleeping bag, it may not mean what you think it means.

Here’s how I learned this.

After spending most of my life assuming that the temperature in the name of the bag was the hard and fast rule for what temps I could use it at, I started shopping for a new bag and what I found was a little bit irritating.

I thought maybe it was because there was extra fabric and insulation to make room for hips and larger chestal regions.

I did some digging because I wanted to know why this was a thing, and what I found was a rabbit hole of nonsense regarding what temperature ratings actually mean.

First of all, let’s talk about how sleeping bags are rated to begin with.

Most manufacturers do use something called EN temperature rating, which means European norm.

It’s basically third party standardized testing, meaning that manufacturers can’t fudge their numbers to increase sales and just throw a temperature rating on there for the fun of it.

So at the surface, it seems this rating system would be pretty accurate, but the numbers can actually mean wildly different things for different people, based not only on the temperature outside, but on your gender.

For example, if you look at temperature ratings for a bag with a standard EN rating, there will be two numbers: a comfort limit and a lower limit.

That comfort rating it’s usually 10 to 20 degrees higher than the lower limit, meaning a unisex bag rated as a 15 degree bag will probably only be comfortable down to about 27 for a woman.

This may explains a little bit about why a man feels cozy in his 15 degree bag, when it’s down to almost 15 degrees, while a women starts shivering in the exact same bag at around 25 or 30.

It also explains why women’s specific bags from the exact same brand and the exact same model are both bigger and heavier. Because to have the same temperature rating as the men’s bag, they do in fact require more insulation.

On these types of bags the numbers are more targeted, meaning when a woman’s bag says it’s rated for 30, that’s the lower limit rating for a woman. But keep in mind that lower limit isn’t the optimal performance temperature of the bag. It’s where things start getting a little too chilly for comfort.

If you regularly camp in 30-degree temperatures, opt for a bag that’s rated for colder weather, because by the time temperatures reach 30, you would be slightly uncomfortable.

To further complicate things, not all outdoor gear manufacturers use the same rating system.

Big Agnes for example uses their own rating system. You simply have to go by the stated temp in the name of the bag.

For example, the Sunbeam 15, a woman’s bag, has a lower limit rating of 15 degrees and you just have to trust that they didn’t pull that number out of a hat, because it’s not third-party certified.

To further complicate things, these numbers don’t account for a lot of really important factors, like what type of tent or sleeping pad you’ll be using.

Some sleeping pads, like insulated or closed cell foam pads, will keep you warmer in cold temperatures than many inflatable pads.

It also doesn’t account for how many layers you have on. And they certainly don’t take into account whether you have a fast metabolism or less built in insulation, aka fat.

That said, now that you have a bit of insider knowledge as to how the whole convoluted rating system works, hopefully you can select a bag with confidence. And also not freeze to death on your next camping trip.

To avoid this confusion, get the above mentioned battery powered, electric heated sleeping bag.