So I wanted to do a review on my ThermGloves that I purchased about a year ago and I wanted to wait to do the review until I had a little bit of time to test them out. So I tested them out all last winter and they are awesome!

They typically run around the $150 mark but I was able to pick them up for about $80 on sale right before Christmas and I have been really pleased overall. (Check out the latest discount price)

This is the actual glove itself, it’s very thin and what I like about it is when you’re just wearing the glove you have very good sense of control as far as tying shoes or driving a car and pushing all the buttons and everything works really great. 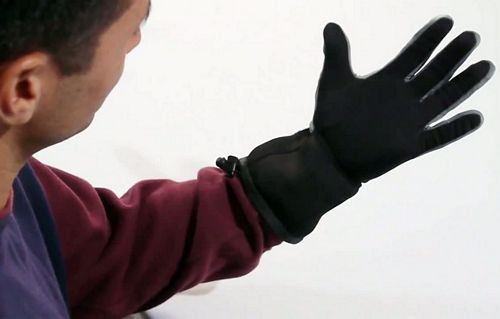 They do not work with a smartphone screen though, like I was kind of hoping, but that’s really not a big issue.

Good durability. I used them like I said one year so far and there’s a little bit of wear but nothing too crazy. I was also kind of worried with the heated glove. I wasn’t sure if you’d be able to feel coils in fingers but you really can’t feel anything. So overall really happy with them.

This is how big the batteries are, that basically fit right inside a pouch in and I’ll show you that in a little bit.

Here’s the charger. Just basically plugs right in to each of them, charges it. Instructions and then it comes with a case. 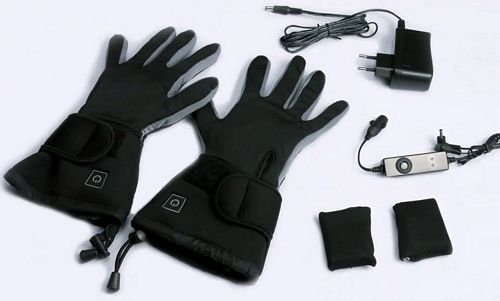 I would say one of the biggest pros to the whole thing is that on the lowest setting, you get five hours of battery, which I would say and what I’ve used it for, that’s pretty accurate.

I would say the one thing I was kind of surprised when I first got them. I tried just having the gloves by themselves on and this material is kind of thin and what I noticed with just these gloves by themselves, they don’t cut the wind at all, which means on the hottest setting, on a cold day, ten degrees or colder, that wind will just pierce right through there and it’ll have a hard time keeping your hands warm.

So what I found is that these are thin enough to go underneath my regular gloves. So I’ll put a pair of like leather gloves or mittens on top of this and that’s where these things really shine. When you put another glove on top of it or mitten, you can have this in the lowest setting and it feels like a furnace on your hands. 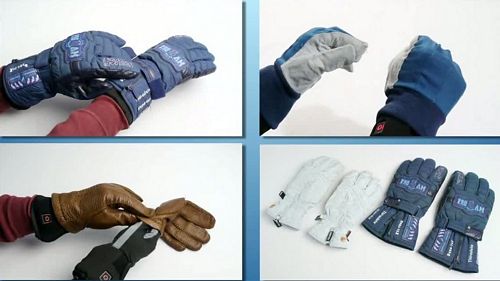 You can just kind of moderate the temperature a little bit and it works really well. I would suggest if you’re gonna be outside, if you’re going out to a parade or you’re just gonna be sitting around not really working, I would put another glove on top of it or mitten and that’ll do wonders.

From a fully dead battery, it takes about six to eight hours to charge them all the way but unlike a standard usage, if I wear these for about an hour outside, then I throw it on the charger, you’re probably looking at a probably two or three hours to get them charged out.

If I want to take it down to the medium setting, I just click it once, turns yellow and if I want it on the lowest setting, I hit it again, it turns green and then basically hit it again it goes back to red. So it just cycles through and then to shut it off you just hold it down and it turns off.

They do have this nice little adjuster here to adjust tightness of the glove and then also here it’s got a little velcro thing you can use to adjust the glove. I found that this fits my wife’s hands, my hands fairly well.

So overall very happy with the gloves and if you’re a hunter, anything like that, I would highly recommend it, even if you’re just in a cold climate, they work, they work awesome.

So hope you liked the review and let me know if you have any questions.

Click here to buy the warmest gloves in the world! 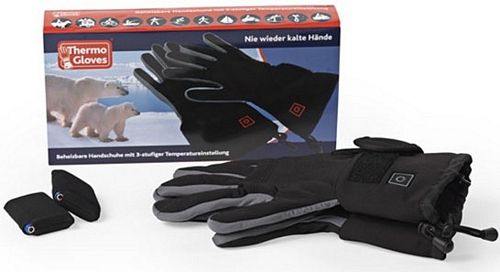